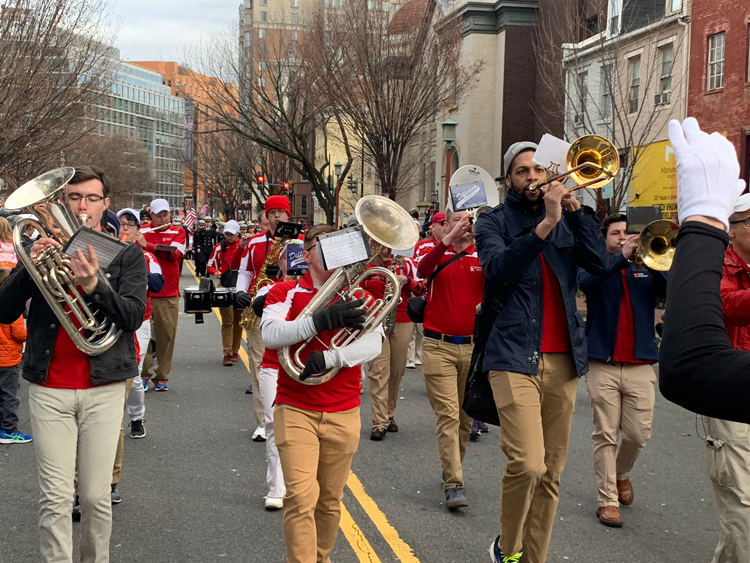 The Marching Band kicked off the new year with DC’s Different Drummers first performance of the year.  The Marching Band was one of 70 units in this year’s parade and was lucky enough to be behind the Washington Wizards Dance Team who took full advantage of the music of the marching band.  Everytime the band broke out in music, they adapted one of their dances to fit the bands songs.

The parade route while only about 5 blocks long which made for an easy parade but was jam packeted with about 35,000 parade audience members.